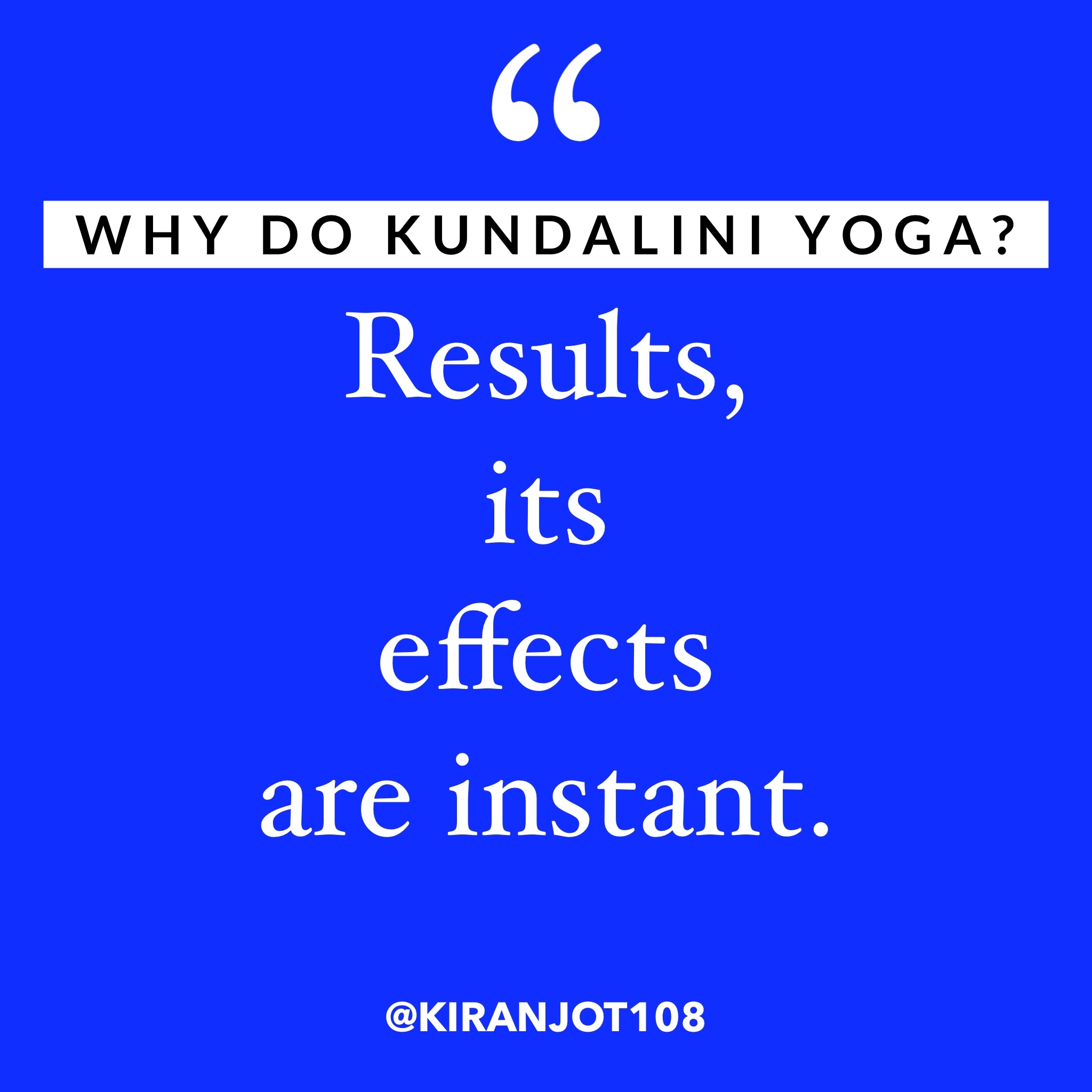 When I asked my students why they did Kundalini Yoga, Wasma from my women’s meditation circle said “Results, results results, the effects are instant”

Kundalini yoga can be very prescriptive, that’s what I love so much about the practice. You have an ailment, kundalini yoga has the remedy. It has hundreds of physical sequences called kriyas and even more mediations for everything and anything from the sciatica to the third eye. To be honest I often feel like a witch sitting with a book of spells when I’m working with people.

To give it some context, Yogi Bhajan was the first to teach this ancient practice publicly. So revered was Kundalini yoga in India it was only taught in private to the vey highest of the highest castes. So when Yogi Bhajan came to America to teach publicly in the late 60s it was a big deal, he was a revolutionary.

Kundalini is the yoga of the householder, not the ascetic, kundalini is for the busy person that lives in the real world. I regularly get emails from people asking is it dangerous. Yes it’s a powerful practice but Kundalini energy exists within all of us, we’ve all been preprogrammed with it, the yoga simply helps us access it, in a very controlled and careful way.

We teach the kriyas exactly as Yogi Bhajan first taught them. I taught yoga 1-1 to a young man who had, had a spontaneous rising walking across a park listening to music, he hadn’t done any yoga before he found me. All it took was one grounding kundalini yoga session to sort him out. The effects were instant.

Yogi Bhajan recognised humanity needed a spiritual practice that worked fast. We simply don’t have the time to be retreating from the world to meditate in caves for years on end to become enlightened. He talked about the coming insanity of the Age of Aquarius and I think we’re all in agreement that the world feels quite mad right now.

He said before the internet ever existed “The demands on the human brain and the nervous system have never been as great as they will be today.” And he wow was he right! We live in the mega information age, it’s overwhelming.

We need to know how to maintain a steady connection to spirit and therefore our sanity so we can stay strong to thrive in the now age. I rely on my Kundalini yoga practice to keep me in a state of equanimity because there’s nothing else I’ve tried yet that does.

Try it for yourself and see, there are Kundalini yoga classes all over the world. It will help you cope with this thing called life. I teach regular classes in London and Online which you can access via Facebook any time any place.